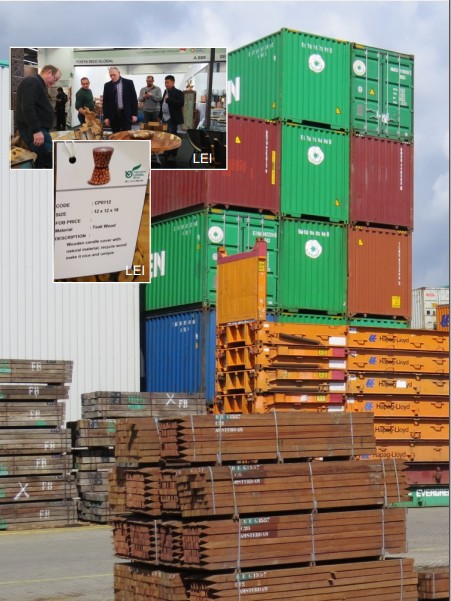 Bogor, 18 May 2016. A number of environmental NGOs are urging the Indonesian Government to improve monitoring and law enforcement in support of implementing the Forest Law Enforcement, Governance, and Trade (FLEGT) Action Plan, which aims to correct forest governance in Indonesia. One of the tangible steps requested is to follow-up on violations highlighted in reports submitted by independent monitoring agencies.

On 12 May 2016 in Jakarta, the Ministry of Environment and Forestry, Ministry of Foreign Affairs, Ministry of Trade and Ministry of Industry issued a joint press release to announce the government’s commitment and welcome progress made towards implementation of FLEGT Licensing. The Minister of Foreign Affairs stated, “There is a need for a strong commitment, not only at the government level but also among businesses and all stakeholders in ensuring sustainable development. In addition, there is still a short-term homework for the government to do after the FLEGT Licensing is accepted. The government must ensure that the products come from a legal source and that countries which import Indonesian timber only accept legal timber”. Meanwhile, the Ministry of Trade emphasized at the press release that, “This award is an important breakthrough to increase competitive edge and expand the acceptance of Indonesia’s forestry industry products in international markets”.

Efforts to expedite full implementation of the Timber Legality Assurance System (TLAS) and implement FLEGT Licensing has now been realized through issuance of a decree titled Minister of Trade No. 25/2016. Previously these efforts were encumbered by a separate decree – Minister of Trade No. 89/2015 – concerning regulations for exports of forest industry products. The unfavorable dynamics caused by this decree provoked many responses from stakeholders and led the Ministry of Trade to amend Decree No 89/2015.

Muhamad Kosar, JPIK’s National Coordinator said, “We have sent a letter requesting an audience with the Minister of Trade to discuss follow-up actions to the report but to this day they have not responded to the letter”.

“We urge the Minister of Trade to reaffirm his commitment. There should be a revision of regulations but this must be accompanied by further investigation and legal action against companies that have violated the law. In this respect the Government can ensure the credibility and accountability of the system. This is in line with FLEGT Licensing and is one of the agreed outputs of the voluntary agreement between the Government of Indonesia and European Union (FLEGT-VPA) which will be fully implemented shortly,” Kosar said.

Christian Purba, Executive Director of FWI added, “Providing adequate regulations is not enough to improve and correct governance in the forest sector. Monitoring the implementation of said regulation is just as important. In addition, the Ministry of Trade in collaboration with the Ministry of Industry and Ministry of Environment and Forestry must immediately review the licenses of timber processing industries, including non-producing exporters”.

Faith Doherty, Head of EIA’s Forests Campaign said, “Without a doubt that there is still a great challenge and large amount of work that must be done before FLEGT Licensing is implemented, both in Indonesia and the European Union. We are urging both sides to continue to work to achieve this goal.” 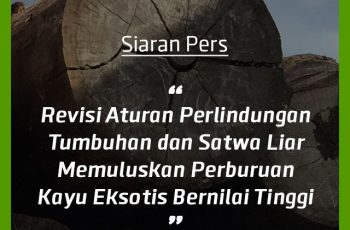 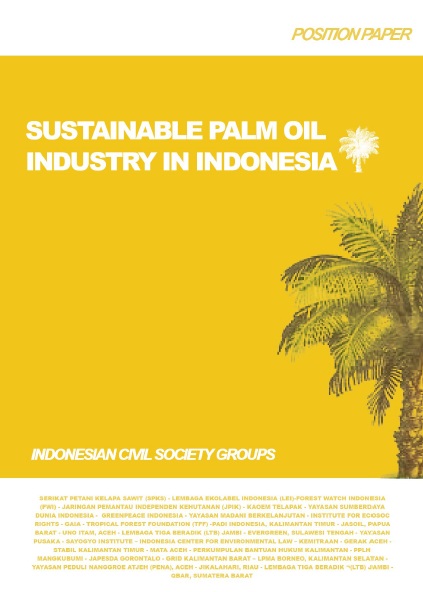 Certification Scheme For Sustainable Palm Oil Need to be Re-Designed